I care for Landcare

Finally, on Tuesday 27 th April, after a few hiccups due to COVID, 45 students from Bullarto and
Yandoit Primary schools plus the Dharma schools attended “I care for Landcare” event on the Hill.
The Friends were delighted to welcome the students back to the Hill and had worked diligently to
provide a workshop which would not only be engaging but would provide real educational
opportunities for all who attended.

John Caldow from Bug Blitz provided a wonderful hands-on session for the students where they
were able to learn more about some fascinating spiders and ‘bugs’. John shared his love of these
creatures by first introducing Teddy, the Mountain Huntsman, followed by other spiders, a scorpion
and leaf insects. Students had an opportunity to hold many of the bugs and observe them closely.
Louis Caldow also from Bugblitz had brought a selection of animal skulls, pointing out the individual
characteristics. Students had to decide on whether they were marsupial, feral or domesticated,
predator or prey, carnivore, herbivore or omnivore, common, stable, threatened or extinct. Louis
was such an enthusiastic source of information and the children were all engrossed with the subject
also having an opportunity to share some of their own animal encounters. Louis’ has inherited his
father’s flare for working and engaging with kids in biodiversity education.

A fun hands-on and informative learning session about Fungi was led by Ema Coro of Fungi map and
well supported by Gayle Osborne from Wombat Forest care. Each session was spent examining a
variety of wild fungi, slime mould and lichen through digital microscopes provided by Fungi map with
Ema and Gayle explaining the different parts of the fungus (mycelium, fruiting body, spores, etc) and
the role these play in the environment.

Ceramic Art has been a feature of these workshops with noted ceramicist Ann Ferguson and Kaori
Fujimoto leading the way. Using coloured photographs to demonstrate the parts, shapes and
construction of a variety of fungi, the students then spent some time examining real specimens
brought for the event, after which they then constructed their own model to be fired and exhibited
in the local Bendigo Community Bank before being returned to each school.

Using the CSIRO produced book “The Forest in The Tree – How Fungi Shape the Earth”, Nicole
Howie led the students on a journey of discovery with stops along the way to dramatise, illustrate,
classify, experiment and reflect. Students took the roles of the various microbes and learned how
they symbiotically cooperated with the trees. This proved to be a fascinating session for the students
linking in very well and balancing well with the Fungi rotation.

Landcare Victoria has been a loyal supporter of the Friends over the past 5 years and the Friends are
grateful for their belief in the work they do with local schools.

To quote from John Caldow: “From my way of thinking – our society should consider providing
environmental education events as a form of ‘direct’ action for our environment’s future
sustainability. We are helping to collectively build our students and teachers ecological literacy.
Those kids received a fantastic, engaging and memorable range of learning experiences.”

Digital microscopes were provided by Ema Coro from Fungimap 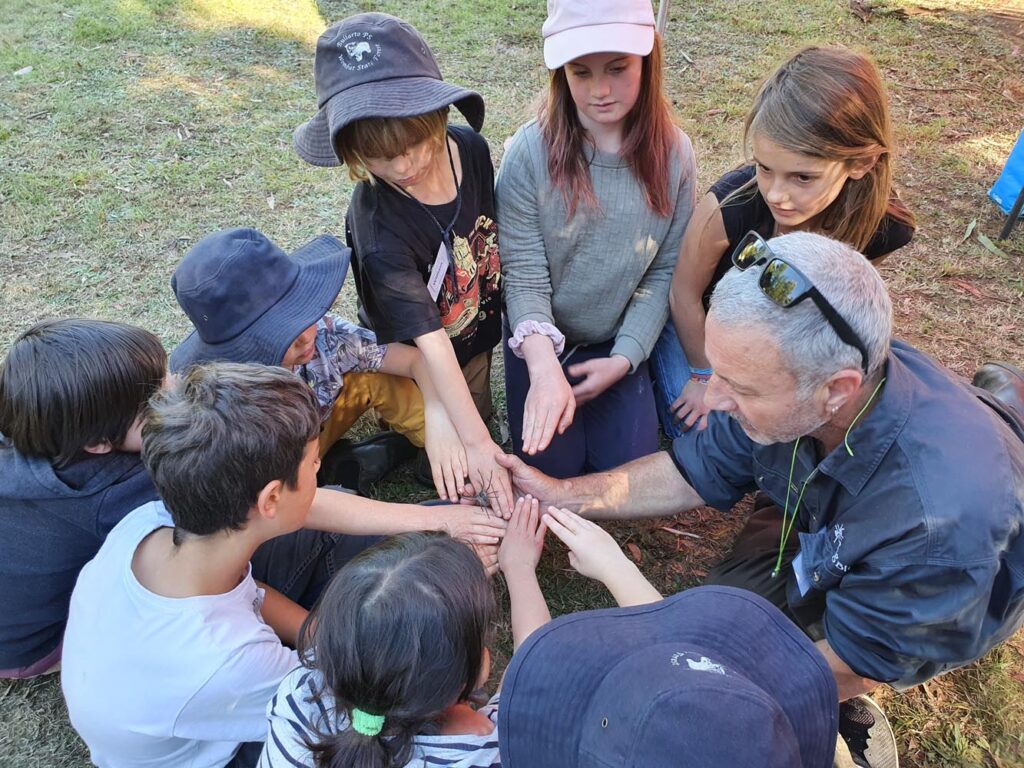 Getting to know Teddy the Mountain Huntsman 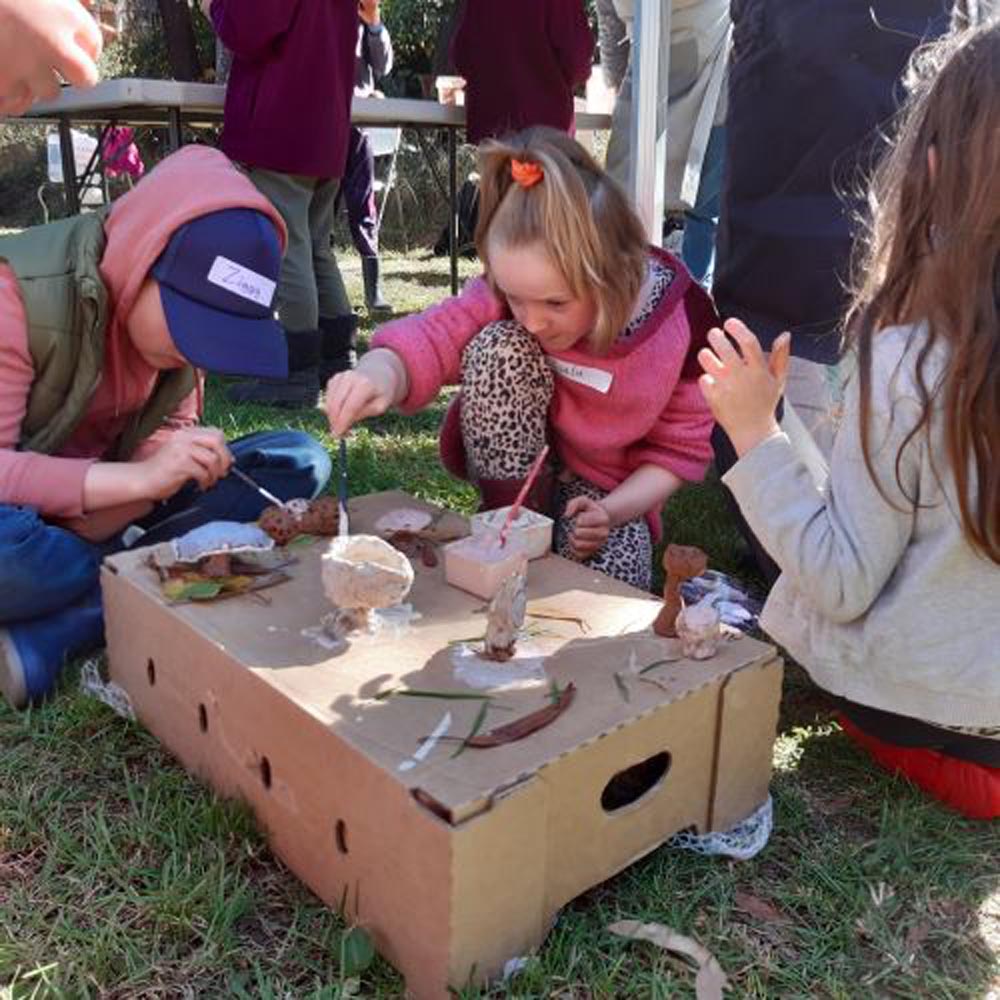 Using photographs of fungi, and with the guidance of ceramacist Ann and Kaori, students maks their own