The gold mining that occurred on Cornish Hill was central to the development of Daylesford and is a prominent symbol of the origins of the town.

After the first gold was discovered on Wombat Flat, it was traced up the gully creeks draining from the hill. Before long, and using only hand tools, thousands of prospectors arrived to make their fortune. Soon after, the auriferous quartz reefs were discovered.

Large scale mining commenced. Extraction of reef gold needed the use of heavy machinery. Cornish miners had arrived in Australia and with them, the technology to mine deep into the reefs in some cases hundreds of feet underground. Four large companies began operations. They were able to raise capital, employ more men to create more wealth for the State as well as themselves. 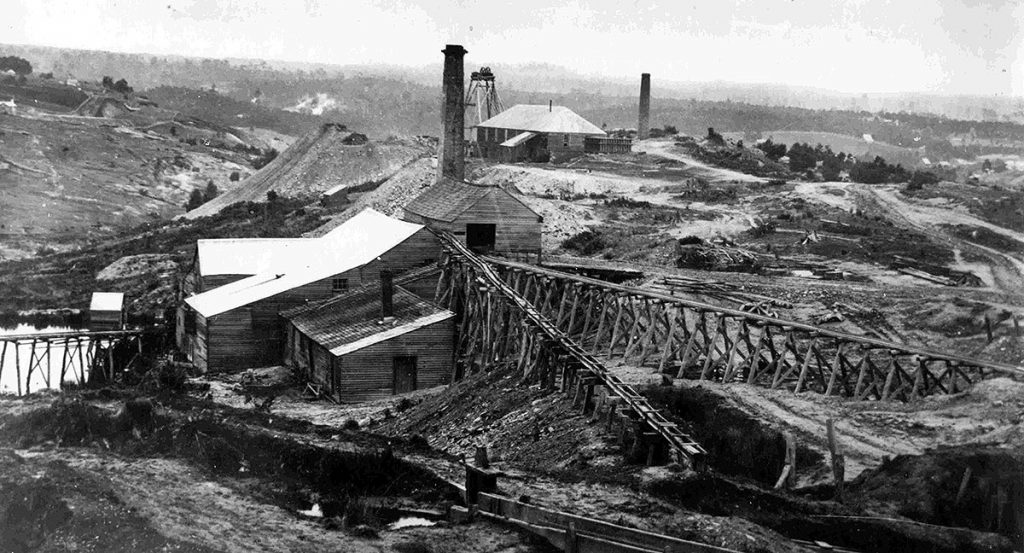 Intensive gold mining on Cornish Hill ceased in the early 1900s. The Victorian Cornish Company took over the hill and worked all the shafts. A system of railways conveyed the quartz to a central battery for crushing (Freemans – now the site of the skate park.)

The remaining features on the hill are from this turn of century period of mining, apart from a shallow open cut which may be from the 1850’s period. 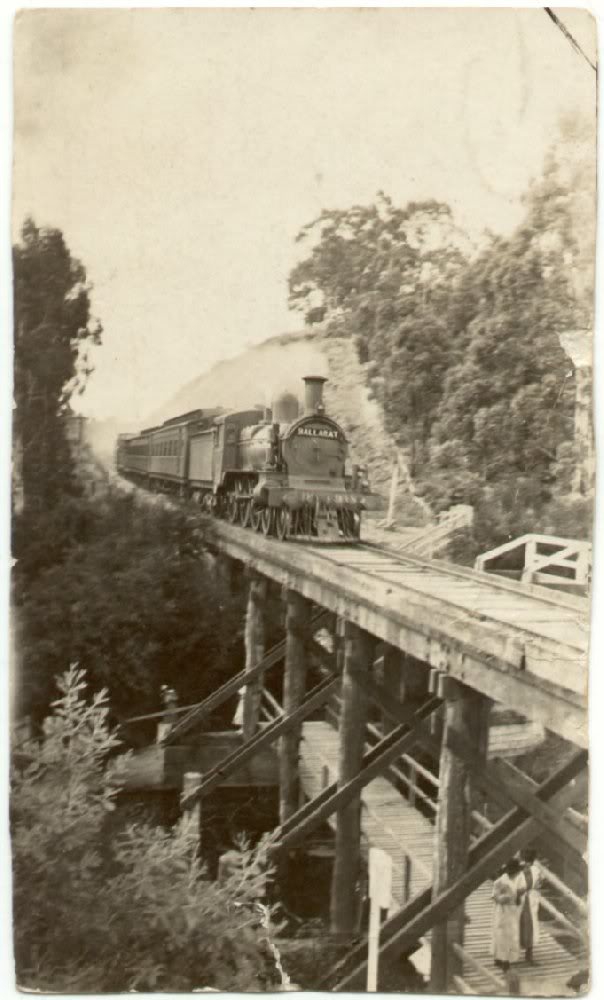 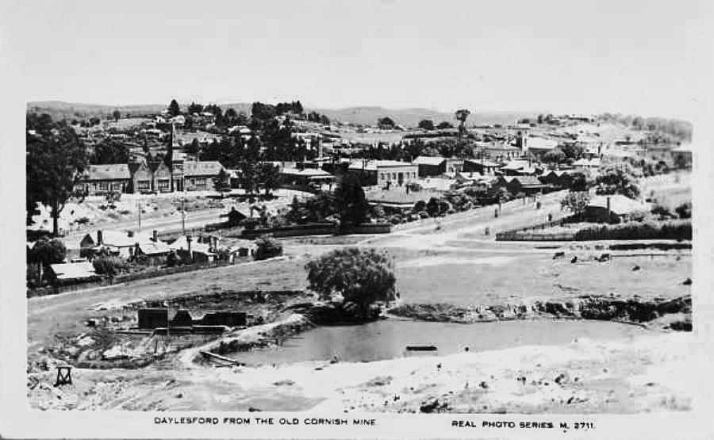 Site of the Freeman’s Battery showing the footings and the old swimming pool, with Daylesford Primary School in the background.